Tumor necrosis factor-beta (TNFβ), also known as lymphotoxin-alpha (LT-α), is a cytotoxic protein of the TNF superfamily, primarily expressed by T and B lymphocytes. As a multifunctional protein, TNFβ mediates a wide range of activities in the innate immune system. TNFβ displays strong anti-prolific abilities and destroys tumor cell lines, making it an important regulator of cancers. It is also involved in regulating cell survival, proliferation, differentiation, and apoptosis. Dysregulation of TNFβ can also lead to tumor promotion when its overproduction leads to a prolonged inflammatory response. TNFβ is critical for normal growth of the gastrointestinal system during embryonic development and maintains an important role in the gut in adults by regulating the immune activity in the intestines. During early development, TNFβ also mediates the formation of the lymph nodes. TNFβ is implicated in the progression of many autoimmune diseases. 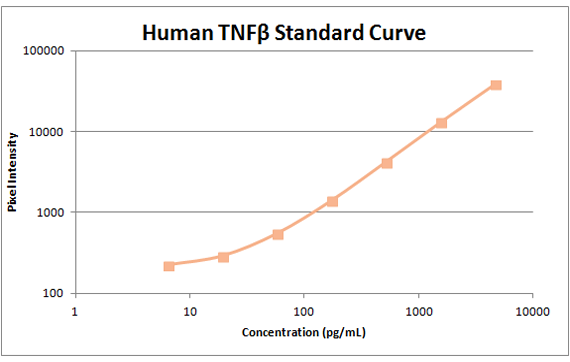