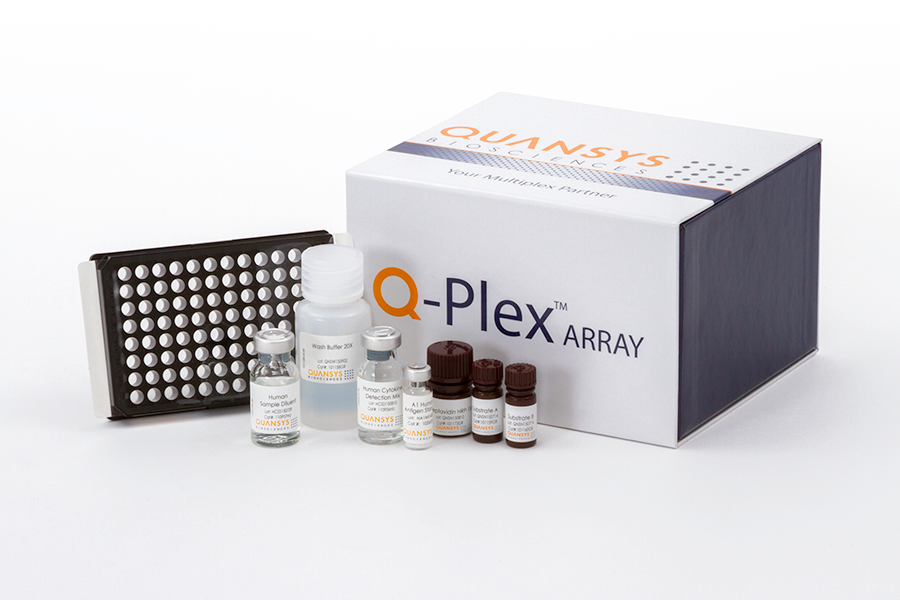 Through this collaboration, Aviir now has options for improving the efficiency of its protein testing capabilities and further demonstrating its vision of using the latest technologies in providing early detection of cardiovascular disorders. Quansys Biosciences’ expertise in multiplexing and assay development was applied to customize a single array, as an alternative to the two test platforms used by Aviir. The new test can provide results in less time and with less effort for Aviir to use in the assessment of an individual’s heart health. “The Quansys technology provides us with the capability of reducing the effort and complexity of running the MIRISK VP protein assays in the clinical lab. That opens up possibilities for us to consider global expansion of our testing locations,” said Dr. Douglas Harrington, MD, Laboratory Director for Aviir and Managing Director for TriValley/Qatar Heart Lab Holdings.

Results of this work will be shared by Dr. Harrington at the 4th Emirates Cardiac Society Congress, in Dubai November 7-9. Dr. Harrington will present a poster titled “Analytical validation and method comparison of a multi-analyte serum protein-based test for assessing coronary heart disease risk.”

Quansys Biosciences is dedicated to the development and manufacture of multiplexed assays for protein quantification. Quansys Biosciences Q-Plex Array Technology aids researchers in better understanding of disease. The Q-Plex Technology includes multiplex and singleplex assays built to maximize the quantity and quality of data from biological samples. To support its multiplex assays Quansys also provides the Q-View Imaging system consisting of Q-View Software, a user-friendly software package that enables the acquisition and analysis of large amounts of multiplex data and the Q-View Imager, a high-resolution imaging system used to capture chemiluminescent assays. Quansys Biosciences was founded in 2005 as a Spendlove Research Foundation company.

Aviir was founded in 2005 by a group of cardiologists and scientists from the Stanford University School of Medicine. Aviir is focused on the discovery, development, and commercialization of innovative diagnostic tests, with an emphasis on identifying patients at risk of a cardiac event. Aviir’s proprietary MIRISK and MIRISK VP cardiac tests have demonstrated significant improvement in the identification of individuals at risk of a heart attack. Aviir’s CLIA-certified laboratory in Irvine, CA also offers a wide range of standard of care testing in addition to testing for cardiovascular assessment and therapeutic monitoring of cardiovascular disease and related metabolic disorders – including advanced pharmacogenomic and genetic tests. The company has adopted a unique clinical laboratory service model to provide physicians better diagnostic tools to help improve the cardiovascular health of their patients. The company is privately owned and funded by leading life science venture capital firms.

TriValley is a distinguished group of companies and a leader in numerous spheres of Finance, Commercial, Industrial, Electromechanical, Healthcare, and Construction within the state of Qatar. The highly esteemed group is owned by H.E Sheikh Khalid Bin Jabor Mohamed Al Thani, a prominent member of the ruling family.

Qatar Heart Lab Holdings, (QHLH), is the investing arm of TriValley Group who holds the international distribution rights of the MIRISK and MIRISK VP cardiac tests that have demonstrated significant improvement in the identification of individuals at risk of heart attack. The Middle East and Asia have seen a steep rise in both obesity and diabetes, resulting in a parallel increase in cardiac disease and its complications in those societies. In the past decade, diabetic prevalence has reached more than 38 percent and obesity rates exceed 35 percent of the population in some Middle Eastern Countries. Qatar Heart Lab Holdings (QHLH) is dedicated to fight this global epidemic which remains the #1 killer worldwide.